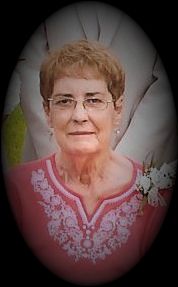 The family will receive friends at the funeral home on Wednesday beginning at 9:00 a.m. until service time.

Flowers will be accepted or contributions may be made to Union Hill Freewill Baptist Church, Slocomb, AL.

Martha was born March 3, 1944 in Geneva County to the late John Wallace and Eddie Lee McKinney Peters. She was a lifelong resident of Geneva County and was employed as a beautician for many years. Martha loved the Lord and was a member of Union Hill Free Will Baptist Church. She was a loving wife, caring mother and grandmother who will be dearly missed.

In addition to her parents, her husband of 54 years, BT West; two sisters: Sara Grace Peters and Carolyn Peters Galloway preceded her in death.