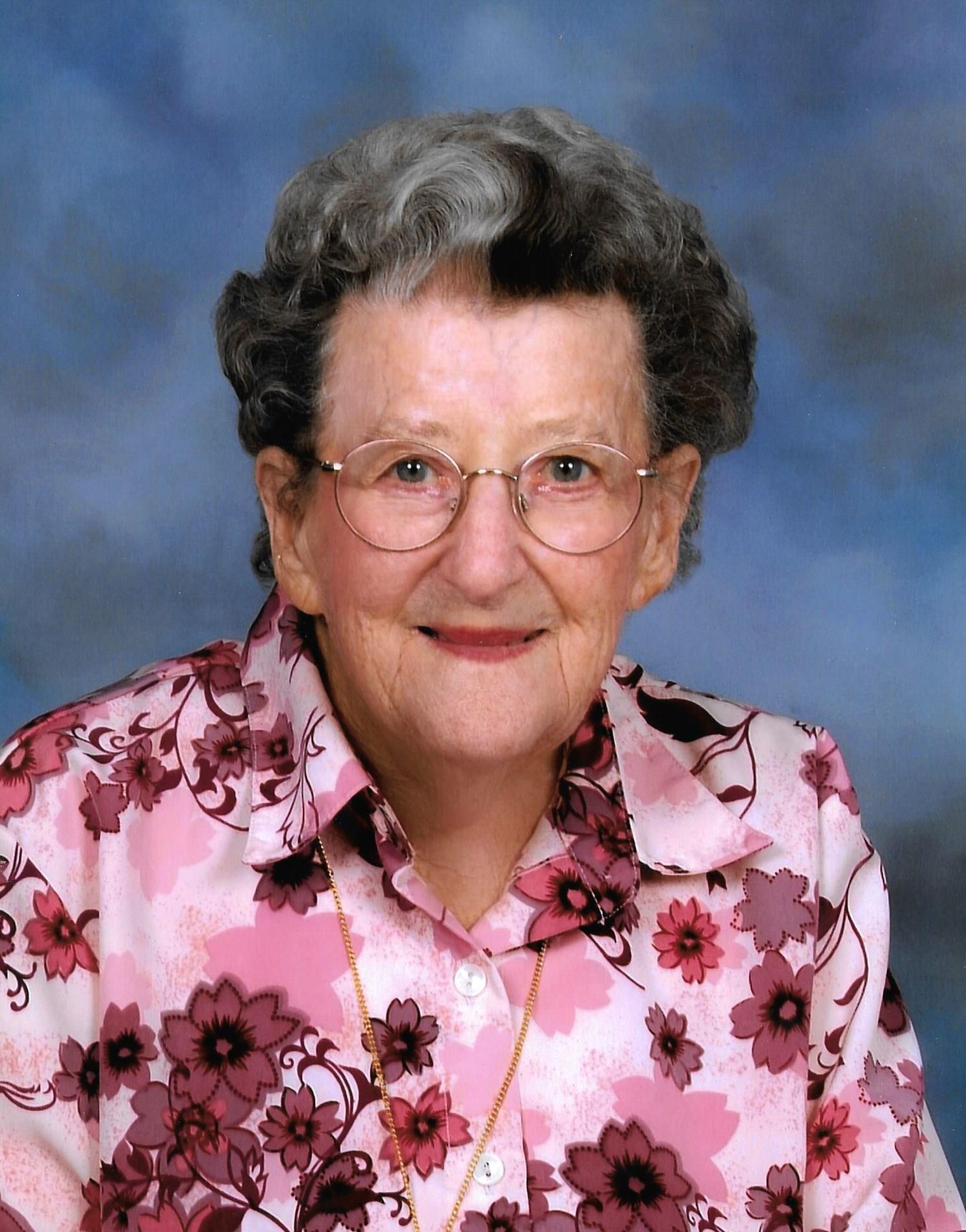 Funeral services will be held at 10:00 a.m. on Monday, April 27, 2015 in the chapel of Sorrells Funeral Home & Crematory in Slocomb with Rev. Billy Ledbetter officiating.

The family will receive friends at the funeral home on Monday beginning at 9:00 a.m. and continuing until service time.

Edna was born March 9, 1916, to Talmadge and Ollie Wright and was raised in Hartford,

Alabama. She graduated from Alabama Polytechnic Institute later named Auburn University in Auburn, Alabama in 1939, where she received a BS degree in Mathematics. She taught school in Noma, Florida and Hartford, Alabama prior to marrying the love of her life Marcus Clayton Miller on June 8, 1948. After her marriage to Marcus, she and her stepson, Kenneth G. Miller traveled with Marcus overseas where she taught her favorite subject of mathematics to local school children and military personnel. In 1955 she and Marcus were blessed with the arrival of Jeffrey Brent Miller, a son who would brighten their lives and be the center of their world. Edna finished her career in teaching at Coffee Springs High School after 33 years in May 1977. Edna was an active member of Hartford Baptist Church serving as Sunday School teacher. She enjoyed reading and sending friends funny comics after retirement. Edna was a caring, loving and gentle person of faith who was the epitome of the words mother and friend. She was a person of great strength and had a selfless heart who always put others first. Her spirit of love and kindness will be missed by many and carried in our hearts forever.

She was preceded in death by her parents, her loving husband, stepson as well as three sisters: Doris Donnell, Lillian Phelps, Willa Dean Butler, and brother, Rudolph Wright.

Add Your Own
I am sorry for your loss.
Brent,
I am so sorry to read about the passing of your mother. She was a great lady, I have often thought about her through the years and felt so blessed to have had her as a teacher. She never knew how many lives she touched, and she certainly had a positive impact on my life. My thoughts and prayers are with you during this time.
Edna Earl Wright was my teacher in the second grade at Tate School (1937-38). She was a great great teacher -- patient, full of energy, and we all learned a lot! I just wish I could have talked to her and recalled some of those learning experiences, as she was just starting her teaching career, and I was just starting to cope with school! She was the best -- and I will always remember Miss Wright and the second grade!