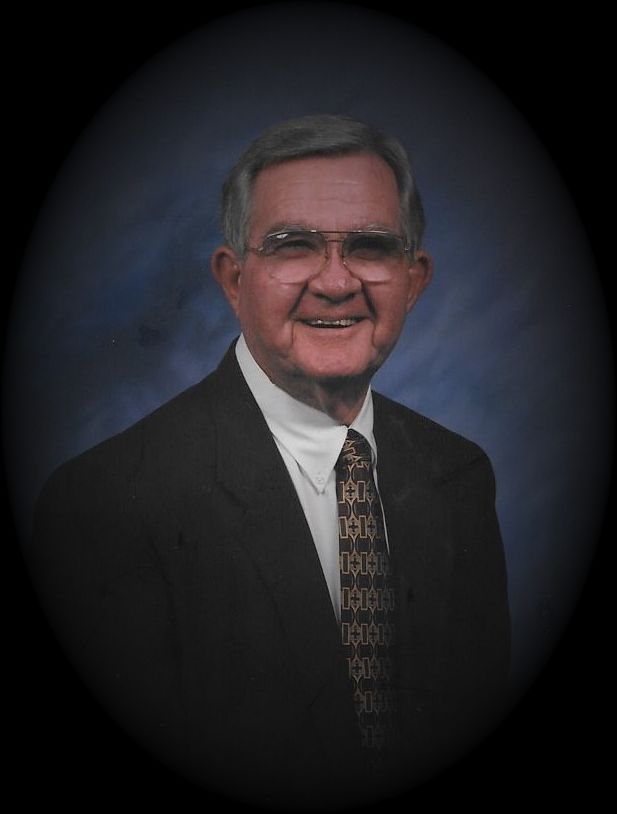 J. D. "Coach" Chesteen of Hartford; loving husband, father, granddaddy, and GiGi went home to be with our Savior, December 19, 2014 surrounded by his family at his home. He was 87.

Funeral services will be held at 2:00 p.m., Monday, December 22, 2014 at Hartford Baptist Church with Sorrells Funeral Home & Crematory of Slocomb directing.  Interment will follow in the Hartford City Cemetery.  The family will receive friends at the church from 12:00 p.m. until service time.

In lieu of flowers, donations can be made to Hartford Baptist Church, 105 E. Burch Street, Hartford, AL. 36344.

Coach Chesteen was a faithful long time member of Hartford Baptist Church where he served as Sunday School teacher of Baracca Men's Class, deacon and was awarded Deacon Emeritus. Coach Chesteen graduated from Brantley High School.  It was during his high school days he knew he wanted to be a coach.  After high school he served in the U. S. Air Force.  Upon his completion of service he graduated from Troy State with his degree in Education.  In 1951 his coaching career began at Samson High School.  In 1960 he became head coach at Geneva County High School where he coached and taught until his retirement in 1988.  Throughout his coaching career he received numerous awards.  His most recent was being selected in the class of 2015 ASHAA Sports Hall of Fame. He was humbled by each and every honor, but his legacy was the way he lived his life and the lives he touched.

Coach Chesteen was preceded in death by his parents, B. B. and Cora Lee Chesteen.

He is survived by his loving wife of sixty-three years, Myra Smith Chesteen of  Hartford; one son, Donnie and daughter-in-law Stephanie of Geneva; one daughter, Gail and son-in-law Rickey Justice of Hartford; his five loving grandchildren: Jill (Brian) Bertella of Birmingham, Brent (Jenna) Justice of Hartford, Christopher Chesteen of Geneva, Brooke (Will) Smith of Birmingham, and Roxanna Chesteen of Birmingham;  nine great grand children: Sophie, Bennett, and Mary Beth Bertella, Brody, Ellison, and Miller Smith, Grayce and Madison Chesteen and Maddie Katherine Justice; one brother and sister-in- law Charles W. and Shirley Nelson of Dothan; one special caregiver, Tammy Fulford and her husband Kenneth of Hartford; numerous nieces, nephews, and cousins.  Special thanks to Gentiva Hospice of Dothan for their compassion and care.

Add Your Own
If you wanted to see a what a Godly careing man was, just look at Coach. I Left Hardford for always twenty years and each I was here and saw him he knew me and my name. He will be greatly missed.
Coach Chesteen was not only my coach but he was a good friend of mine. May God bless you and your family in this time of sorrow.
God Bless!
A great man is with us no longer. He touched so many lives and truly made the world a better place. I will always remember and cherish the time I spent with him.
Mrs. Myra, Donnie, Gail my heart breaks for you all and I mourn with you along with our Hartford community. I loved Coach. He was always kind to me and uplifting. Always encouraging. Praying for you all.
I was so sorry to hear of Coach's passing. He was a wonderful coach and teacher. He tried his best to make a football player out of a thin-as-a-rail 155 pounder. I only wished I could have played better for him. One of my special memories was the day of one of the first games I was to play in. He and Mr. Granger met me in the hallway that morning and Coach wanted to show me the difference in pass interference and good defensive back play. As was his way, he gave me a good hard bump and said that was not interference and to play that way that evening. I wonder how many others were coached in the hallway. He touched the lives of so many across the years. My God bless his memory and every member of his family.
May our Lord God give you peace during this time. Coach was a fine man whom I had alot of respect for.
Coach was one of a kind as he was liked & respected by all who knew him. May God bless you all!
So sorry to hear about your dad. I sure loved and respected him. Enjoyed visiting with him back in June.
Donnie and family,
My thoughts and prayers are with you all during this time. May God bless and comfort each of you.
I was fortunate to work in Hartford for 2 years coaching at GCHS. During that time Coach and I were able to talk on many occasions. He was a true gentleman and a tremendous ambassador for Hartford and Geneva Co. Condolences to Donnie and the rest of the Chesteen family