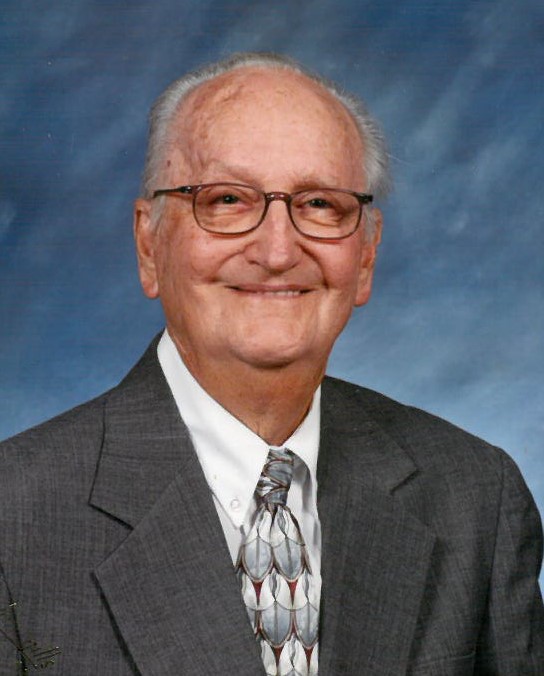 A Celebration of Life Service will be held at 11:00 a.m. on Tuesday, May 28, 2019 in the chapel of Sorrells Funeral Home in Slocomb with Rev. Larry Newton and Rev. Theresa Howard officiating. Interment will follow in the Slocomb City Cemetery.

Flowers will be accepted, or contributions may be made in honor of Rev. Gissendanner’s memory to Slocomb First United Methodist Church, PO Box 304, Slocomb, AL 36375.

Rev. Gissendanner was born June 12, 1924 in Columbus, GA to the late Joseph William Gissendanner, Sr. and Essie Mae Collins Gissendanner. Joe was a proud United States Army veteran and honorably served during World War II. He and his family owned and operated Gissendanner Distributing Company for many years and was known as “The Candy Man”. He was a dedicated servant of Christ, proclaiming the "Good News" to the lost for over 25 years and serving as pastor for many Methodist churches during his ministry. Rev. Gissendanner’s life is personified in the Apostle Paul's final letter to young Timothy: "For I am now ready to be offered, and the time of my departure is at hand. I have fought a good fight, I have finished my course, I have kept the faith: Henceforth there is laid up for me a crown of righteousness, which the Lord, the righteous judge, shall give me at that day: and not to me only, but unto all them also that love his appearing."

In addition to his parents, his wife of 74 ½ years, Betty Newton Gissendanner; sisters: Gladys Romney, Eunice Adams, and Grace Whittle; son-in-law, Lamar Loftin and grandson, Ben Feltman all preceded him in death.

Add Your Own
So Sorry to hear about Uncle Joe,but he is Resting now.Our Prayers,Thoughts & Love go to his Family!
I remember walking out of the Georgia heat into the coolness of your candy warehouse as a small child, it was like a dreamland. Bless you and your family
Such fond memories of Mr. Joe . Your family will be in our prayers.
So sorry to hear of Mr. Joe's home going. He was a sweet and precious man and will be sorely missed by many. I always enjoyed going to his and Mrs. Betty's home when I was growing up. They were both so sweet and kind. I enjoyed watching sports with Mr. Joe. They were both very delightful people and a joy to be around. I know he is happy to be reunited with his wife and in the arms of his Savior. God bless you Mr. Joe, rest in peace. I pray for comfort and peace for the family and that God will fill the void in your lives. We love y'all and share your loss!
Your daddy was truly a good soldier of God & our country. I know there is rejoicing in Heaven with the reunion with your mother. Love & prayers.