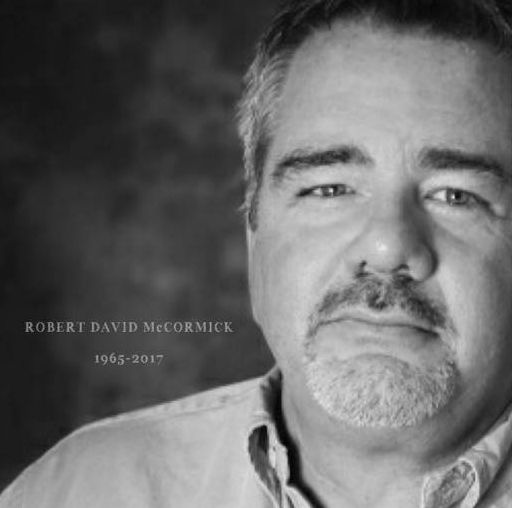 Mr. Robert David McCormick of Opelika formerly of Dothan passed away Saturday, July 22, 2017 at UAB. He was 51.  A Celebration of Life Service will be held at 11:00 a.m. on Wednesday, July 26, 2017 in the chapel of Sorrells Funeral Home & Crematory in Slocomb with Rev. Gary Armstrong officiating and Jimmy Roy Hendrix delivering the eulogy.  The family will receive friends at the funeral home on Tuesday from 5:00 p.m. until 7:00 p.m.  Mr. McCormick was born December 26, 1965 in Geneva County to Sandra Donaldson McCormick and the late Robert Cullen McCormick. David was a 1984 graduate of Northview High School and received a Bachelor's Degree from Auburn University in Graphic Design; however, his greatest success in life was derived from being Connor and Brynne's dad, whom he adored.  Survivors include one daughter Brynne McCormick; one son, Connor McCormick both of Auburn; mother, Sandra McCormick, Opelika; mother of his children, Karla Sorrells McCormick, Auburn; aunt, Christie Thomley, Opelika; uncle, Joe Frank McCormick, Steinhatchee, FL; cousins: Melinda Johnson, Opelika, Sherry Buie, Dothan, Tammy Martin, Fyffe, Pam Coxwell, Opelika and Jody McCormick, Orange Park, FL; other extended family and friends.

Add Your Own
Dear Karla and children and David's family,
Just want you to know that you are in my thoughts and prayers. May God continue to strengthen you during this time.
Sincerely,
Belinda Bracewell
RIP David! Will always remember the good times!! We all rocked the 80's in Dothan!! My thoughts and prayers go out to Sandra, Conner and Brynne! He was a good man and knew how to enjoy life!
Our prayers go out to David's children and family. I will always remember David as one of the kindest people I ever knew. He never said a mean thing in his life. Will be thinking about all of you during this sad time. Sandi Peterson Gillam

The LORD is close to the brokenhearted
and saves those who are crushed in spirit.
- Psalm 34:18

May your family feel the presence of our Lord as each of you walk through the days ahead. With deepest sympathy - Cheryl Rhodes
I am so sorry for your loss. David always had time to help a fellow employee out with graphics! He will be missed.
Fine friend and wonderful person. Will be sorely missed.
Such a tragic loss of a fine friend and a wonderful person, he will be greatly missed.
We are so very sorry to hear of David's passing. We will so miss him as a part of our mountain biking family, and especially the support and care he gave to all the kids on the team. Keeping David's family and friends in our thoughts and hearts in these difficult times.....and very sorry we can't be at the funeral; but we will be thinking of David.....


Jenny, John, and An-Mei
Sandra, I am so sorry to hear of David's passing. I read the online obits this morning and was totally shocked to see David's name. If there is anything I can do, please call me 334-714-2750. I totally mean that. I had lost track of you until I saw this obit. I have asked a number of people about you, but nobody knew where you were.
Eddie Barrentine
Dear McCormick Family,
I am writing to extend my condolences. Mere words cannot convey the feelings of disbelief and sorrow that result from losing someone you dearly love. Please do not dismay, for God has a purpose for those who are sleeping in death.
In the book of John 5:28, 29 Jesus says, All in the memorial tombs will hear his voice and come out. Yes, your dear loved one will live again, so don’t think of your loss as permanent. Also, Ecclesiastes 9:5 says that, the dead are conscious of nothing at all. How comforting to know that our dear loved ones are not suffering!
It is my sincere hope that you get a great measure of comfort from the Holy Scriptures.