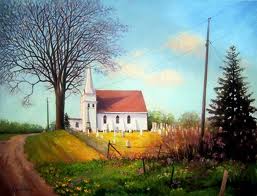 Mr. William James Eaddy a long-time resident of Hartford went to be with the Lord Monday, December 26, 2016 at Hartford Health Care. He was 85.

Funeral services will be held at 10:00 a.m. on Friday, December 30, 2016 at Little Vine Primitive Baptist Church on Honeysuckle Road in Dothan with Elder Paul Evans officiating. Burial will follow in the church cemetery will Sorrells Funeral Home & Crematory of Slocomb directing.

The family will receive friends at the church on Friday, beginning at 9:30 a.m. and continuing until service time.

In lieu of flowers, memorials may be made in honor of Mr. Eaddy to Little Vine Primitive Baptist Church, Honeysuckle Road, Dothan, AL 36305 or the charity of your choice.

Mr. Eaddy was born July 26, 1931 in Williamsburg County, South Carolina to the late Edison J. and Lillian Eaddy where he grew up farming. William served four years in the US Air Force, including two years in Saudi Arabia as driver for the General of the Post. Shortly after returning to the US he met and married Flora Nell Sammons. After a year of farming tobacco in South Carolina the couple came to Alabama, where he was employed by the US Postal Service. Retiring after many years of service, he continued to farm the family land and raised Black Angus cattle. He was a faithful member and deacon of Little Vine Primitive Baptist Church for nearly forty years. William used his many skills to see that things were kept in good working order and well known for welcoming ministers to the church and to his home. His honesty and integrity were above reproach.

In addition to his parents, his wife, Flora Nell Sammons Eaddy preceded him in death.

The family would like to thank Hartford Health Care for the special love and care for Mr. Eaddy during his stay there.

Add Your Own
David, I am so sorry to hear about your dad. My thoughts and prayers are with you and your family. May God keep His loving arms around you during this difficult time.