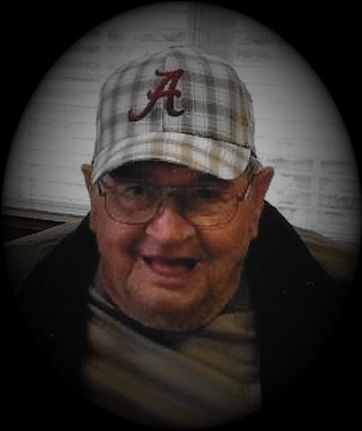 Mr. Charlie Eugene Seay, a resident of Greenwood Assisted Living in Geneva, passed away August 1, 2015 at Wiregrass Hospital.  He was 83.

A memorial service will be held at 6:00 p.m. Monday, August 3, 2015 in the chapel of Sorrells Funeral Home & Crematory in Slocomb with Rev. Johnny Strickland officiating.  The family will receive friends at the funeral home one hour prior to service time.

Charlie was born April 6, 1932 in Geneva County to the late James A. and Lovie Elizabeth Peters Seay.  He served his country honorably in the United States Air Force until his retirement and was of the Free Will Baptist Faith.

Add Your Own
Mr. Charlie brightened our days from the time my Momma moved in to Greenwood in April 2012. They were table companions and grew to be fast friends; he made her feel welcome. Even though Momma is no longer with us, our son George and I visited him because he was so special to us. He was a wonderful man who brought joy to our family. I thank the Lord we were able to visit him last Wednesday and will always remember him.
Our hearts are broken that this kind man has passed away. There was never a time I can remember seeing him that he wasn't laughing and cutting up. When I was younger he would tease me bout most anything the way older folks would tease kids back in the day. For the last several years I had called Charlie from time to time and every time we would travel south my wife and I would make certain to go to the home to visit with him. This past June we went to see him anything ND spent about anything ND hour sitting and talking. When I stepped out of my truck he grinned from ear to ear as only he could do and hollered "Hey there O'ferrel, come on in,it's good to see ya ole boy" O'ferrel was a name he called my brother and me because it rhymed with both our first names. He would say "there's old Harold and Daryl O'ferrel ".He was one great man and heaven gained one helluva angel when God took Charlie home. He is in the land of no more pain or suffering. God bless his immediate family in Geneva and know that our hearts andre with you all.