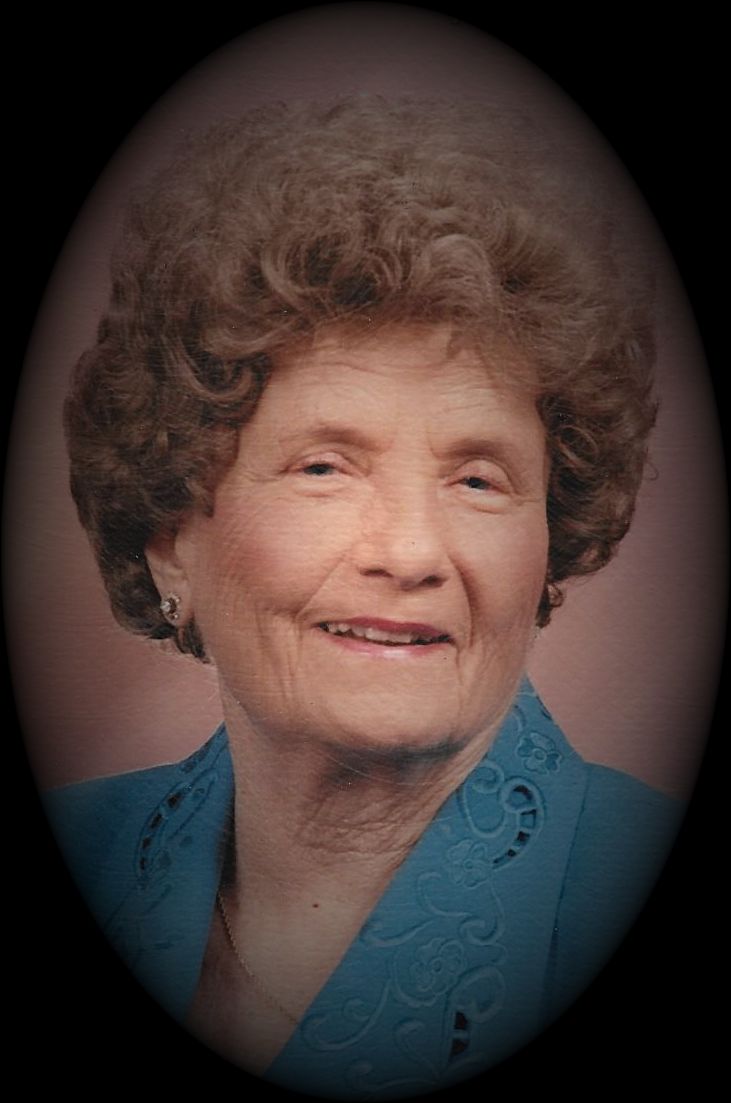 Mrs. Mable Dorriety Harris of Bonifay, FL formerly of Slocomb, AL passed away Thursday, March 5, 2015 at her home. She was 91.

Funeral services will be held at 11:00 a.m.. on Saturday, March 7, 2015 at the First Baptist Church of Bonifay with Rev. Ike Steverson and Rev. David Lauen officiating. Burial will follow in the Bonifay City Cemetery with Rev. Shelley Chandler officiating and Sorrells Funeral Home & Crematory of Slocomb directing.

The family will receive friends at the church on Saturday beginning at 10:00 a.m. and continuing until service time.

Mrs. Harris was born November 12, 1923 in Geneva County, AL to the late Andrew David and Alma Lott Dorriety. Education was her lifelong passion. She was an English teacher with the Holmes County School System retiring in 1979 after 31 years. Mrs. Harris was a faithful servant of Christ who loved her Lord and was a member of the First Baptist Church of Bonifay where she served as a Sunday School teacher. She was also a delegate to the Southern Baptist Convention. She graduated from Judson College and received her Master's Degree from Troy State University. Mrs. Harris enjoyed spending time with her family, reading, the beach, traveling, and assisting with the family business. She was a loving wife, mother and grandmother who will be dearly missed.

Add Your Own
David, Deenie, and Doug, you are in our thoughts and prayers. I'm sorry, we'll be out of town Saturday and unable to attend the service.
Dear Harris Family,
I tried to write a message of condolence to you on another obituary page and they seem to not post it, but if they did, I offer one correction to it, I wrote, "She was an ignorant, red neck, ridge running, river rat's friend." which would have been better put, "She was a friend to a red neck, ridge running, river rat." You see, she taught me how to rethink, reread and proof read things I wrote or was going to say, just another tribute to her ability to teach me English. Also, I'm sorry for not remembering how to spell "Deenie" and calling "Doug", "Dwight." Give her a good send off, she sure deserves one. Rev. Nick Peters
Deenie, Doug, David and Mr. Harris:
I am so saddened by your loss. I loved Mrs. Harris as a teacher. To this day I remember things she tought me and feel like she is sitting on my shoulder when I am talking or writing, telling me the correct grammar and word usage. I know you all will miss her but have very fond memories that will be with you forever. My prayers are with you. Love you all, Leslie Donaldson Boling
Mable was a precious lady and we were lucky to get to know her through the SAMC Foundation. Please let Mr. Harold and family know they are in our thoughts and prayers!

SAMC Foundation
Harold and Family: Mable's death is a great loss to our family and the many students whose lives she touched at Slocomb High. She blessed us by proofing Oral's "Jim" book, "If It's In The Bible, It's True!" and numerous other ways. Our love, Dorothy Sue/Keneith