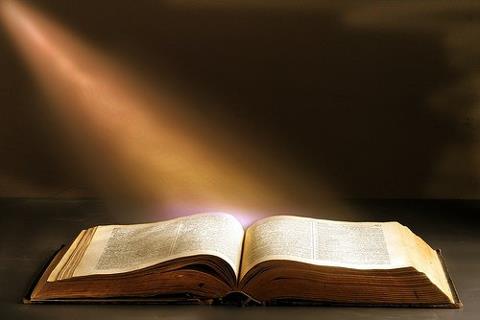 William “Wormy” Saunders of Slocomb formerly of Doerun, GA went home to be with his Lord Thursday, September 18, 2014 at his home surrounded by his loving family. He was 81.

Funeral services will be held at 11:00 a.m. Monday, September 22, at New Hinson Baptist Church with his son-in-love, Rev. Gary Martin and Rev. Dennis Singletary officiating. Burial will follow in the church cemetery with Sorrells Funeral Home & Crematory of Slocomb directing.

The family will receive friends at the funeral home on Sunday from 5:00 until 7:00 p.m.

The family will be at the home of Beth Hurst, 258 New Hinson Rd, Slocomb, AL.

William was born December 23, 1932 in Dodge County, GA to the late Charlie and Hattie Peacock Saunders. William could best be described as a family man. He adored his wife and was a faithful provider. He was a protector to his three girls, grandchildren and great-grandchildren showering them with love until the very end. William treasured the land and was engaged in farming his entire life. He owned and operated Pa’s Produce and made certain those in need where provided for regardless of their ability to pay. As a dedicated Christian, William served his church as Sunday School Superintendent and Sunday school teacher.  He was also the past Worshipful Master and Treasurer of the Doerun Masonic Lodge 151. He was a Shriner and enjoyed his position as a parade clown. William was an unselfish man and possessed a warm and giving spirit.

In addition to his parents, two babies; his father and mother- in- law, Willie and Nell Wingate; brother, JC Saunders and son-in-love, Tony Hurst; a special nephew, Ricky Saunders all preceded him in death.

William’s grandsons will serve as pallbearers.

Add Your Own
7MOyV5 drrpxivgahyp, [url=http://xukibawoziph.com/]xukibawoziph[/url], [link=http://rlniqlkljjpx.com/]rlniqlkljjpx[/link], http://fookkdgsditf.com/
Mrs Janice, Lisa, Jan & Beth.
So sorry to hear about Mr. William, I am sure he is celebrating his homecoming with his Lord and Savior.

Letter from Heaven
To my dearest family some things I'd like to say
But first of all to let you know that I arrived today,
I'm writing this from Heaven. Here I shall dwell with God above
Here, there's no more tears of sadness. Here is just eternal love.
Please do not be unhappy just because I'm out of sight
Remember that I am with you every morning, noon and night.
That day I had to leave you when my life on earth was through
God picked me up and hugged me and He said "I welcome you,
It's good to have you back again,
you were missed while you were gone,
As for your dearest family, they'll be here later on.
I need you here badly, you are part of my plan
There's so much that we have to do to help our mortal man."
God gave me a list of things that he wished for me to do
And foremost on the list was to watch and care for you
And when you lie in bed at night, the days chores put to flight
God and I are closest to you . . in the middle of the night.
When you think of my life on earth and all those loving years
Because you are only human, they are bound to bring you tears
But do not be afraid to cry, it does relieve the pain
Remember there would be no flowers, unless there was some rain.
1 wish that I could tell you all that God has planned
If I were to tell you, you wouldn't understand
But one thing is for certain though my life on earth is o'er
I'm closer to you now than I ever was before.
There are many rocky roads ahead of you and many hills to climb
But together we can do it by taking one day at a time.
When you're walking down the street and you've got me on your mind
I'm walking in your footsteps, only half a step behind
And when it's time for you to go . . from that body to be free
Remember you're not going . . you're just coming here to me.

What a legacy William leaves... a legacy of love; a love so deep, so strong; it has stood the test of life and of time and a love that will now live through out eternity. A legacy of honor, a legacy of joyful, precious memory that will never die. The legacy one leaves when they pass to the next life lives on the lives of their family, spouse, children, grandchildren, the great-grandchildren and the people whose lives they touched. I will never be able to see another field of tobacco, a field of peanuts, or a field of cotton without thinking of him, each time I see a John Deere tractor or any tractor I will remember....the barbecue sauce-there is none better. He believed in hard work and the American way; as a farmer he made provision for his family and community, but he also helped to feed the world. The sparkle in his eye, the laughter, the jokes....his love for his family. Yes, William you have stepped to the otherside and you are at peace forever more, through out eternity and until we meet again, you are much loved by your family and will be greatly missed by the ones whose lives you touched.

We are so sorry about the passing of your husband, daddy, and granddaddy. We felt we were a part of your family for many years and enjoyed your friendship and our time together at Pineland School. I (Cora Jean) still remember the time at Pineland when I won Janice's cake at a basketball game. We are praying for all of you at the time of your loss and we will continue to remember you. Love, Cora Jean and Alicia

Beth and family, We are so sorry to hear of your daddy's passing. I am sure he is celebrating in heaven today with Tony. With our deepest sympathies, Our thoughts and prayers are with all of you at this difficult time. May God give you strength, comfort and peace in the coming days. Her is a poem for you: MISS ME, BUT LET ME GO When I come to the end of the road, and the sun has set for me. I want no rites in a gloom-filled room. Why cry for a soul set free? Miss me a little—but not too long, and not with your head bowed low. Remember the love that was once shared. Miss me, but let me go. For this is a journey we all must take, and each must go alone. It’s all a part of the master’s plan, a step on the road to home. When you are lonely and sick of heart, go to the friends we know. Bear your sorrow in good deeds. Miss me, but let me go. Author Unknown